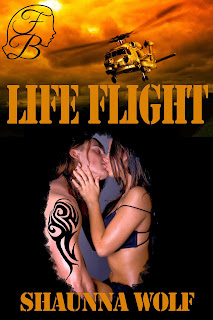 Malachi Blackfeather has spent twenty years in the Army. Two of those years as a Vietnam POW. Now that he’s out, all he wants is some peace and quiet to figure out what to do with the rest of his life. Between the flashbacks, and an over interest in sex that is now being called sex addiction, finding his path isn’t easy.

Kat is trying to escape an abusive marriage. Her soon to be ex is a master at manipulating the system, and her family thinks she should stay with him, “because no other man will want her”. She’s looking for escape in any form she can get it.

When they meet, sparks fly. Trapped by a blizzard, can two damaged people, who think there is no chance of love in the world for them, find each other, and survive an unforeseen circumstance that puts both of them in danger?

Mystery, romance, and danger, fill this novel, with a story that will draw you in and not let go.

**Warning: This is a mature adult novel. Recommended for readers 18+ due to sexual content and adult language.